The Psychology of Brazilian Jiu Jitsu

Why has BJJ become so popular and inspires such dedication? 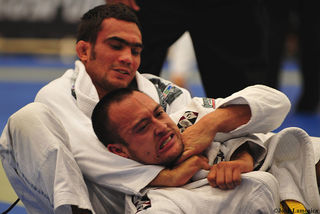 As a clinical psychologist, and a long-time student of BJJ, it is the psychology of this sport which I find most intriguing. Why is BJJ so powerful and captivating for so many people? Why has BJJ become so popular, with so much dedication from its students, who so often describe the experience as uniquely addictive? BJJ offers many unique experiences which trigger rich, subtle and fulfilling psychological changes in its students, changes which promote positive transformation, and keep people coming back to the mats.

One of the things which distinguishes training in BJJ is the fact that from day one, the first time you step on the mat and attend an introductory class, you are grappling face to face, body to body, with other students. While drills and technique are critical to successful BJJ, from the first class, students must pit themselves against other students. This pragmatic strategy is core to the philosophy of BJJ, which attempts to apply these skills in real-world defense situations. From the beginning of training, students of BJJ learn to experience what these skills are like, used by, and against, people with varying degrees of skill, strength and technique.

It is the constant physical contact in BJJ which I think is one of the most powerful and influential experiences driving the BJJ experience. Many people today are starved for physical contact. It is a sad fact that many people go through each day, experiencing a few handshakes as perhaps their only experiences of touch from other people. Cuddleparties (link is external)and professional cuddlers(link is external)  are tapping into this hunger. Without knowing it, students of BJJ offer each other a powerful, affirming, accepting and biologically-mediated experience, simply through the body-to-body contact that occurs throughout BJJ. Such contact triggers the release of neurochemicals in our brain and hormones throughout our body, which make us more aware, focused, and connected. Oxytocin is one hormone often called the “cuddle” or “empathy” hormone, which is released in the body during such physical contact. It is likely one reason why friendships develop so quickly and deeply amongst BJJ students. (I’m not saying that much cuddling really happens at BJJ. Brazilian jiu jitsu is the alpha male version of snuggling.)

But, this close physical contact occurs in the context of intense interpersonal competition, in a stylized struggle for survival, and a very real struggle for physical dominance. Thenature of competition and survival triggers other intense psychological and physiological changes. In such situations, our brains and bodies react, preparing us to flee or fight, but also to be very alert. Norepinephrine, adrenaline and cortisol flood our bodies and synapses, decreasing our reaction times, increasing our heart rate and respiration, and enhancing our focus and awareness.

Mindfulness (link is external)is a powerful modern concept of psychology borrowed from Easternmeditation, where people are encouraged to focus on the here and now, setting aside worries over past or future. In mindfulness exercises, patients are taught to attend to their surroundings, their sensations and their immediate experiences. This same level of immediate, focused alertness is a common, powerful effect of BJJ. Frankly, when you have a two-hundred pound opponent sitting on top of you and trying to choke you into unconsciousness, it is psychologically impossible to devote mental resources to worrying about the rent, school or work. In such situations, our brain recognizes a survival situation, and forces us to focus with intensity on our immediate experiences. BJJ is often the only thing that can get worries and frustrations off of my mind.

The combative and competitive experiences of BJJ are likely to increase levels oftestosterone (T) in many people’s bodies. The nature of the sport draws people who have naturally higher levels of T, and research has shown that in athletes and police officers, competition and combative situations increase T levels even further. It’s not by accident that so many men in BJJ have beards, a common trait associated with high testosterone levels.

During intense exercise, our brain also releases a protein, called Brain Derived Neurotrophic Factor, or BDNF. This protein protects and repairs neural tissue, and yields a powerful feeling of euphoria. BDNF is one of the sources of the “runner’s high,” that feeling of elation and satisfaction that often follows intense exercise. The effects of this protein, and the enhanced activity of our brains after such strenuous exercise help us to be more energized and focused, in positive spirits through the rest of the day. 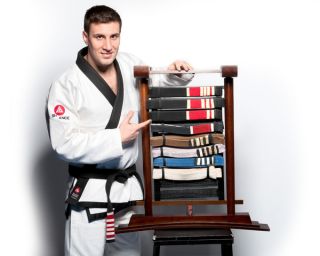 Advancement in BJJ is slow, but offers decades of growth

The powerful experiences of BJJ are not related solely to biological effects though. BJJ offers a never-ending feast of self-improvement, where one can daily measure their accomplishments, both against self, and against others. When someone first starts training, it’s difficult to avoid freezing, or being overly physical and aggressive. But over time, our minds acclimate to these situations, finding places where we are safe, where we can use more technique and less strength. Even with the powerful neurochemicals of aggression flooding through us, one can begin to play physical chess, planning out moves and reactions, strategizing attacks and defenses. As an evolving sport, people are constantly developing and winning with new techniques, forcing the sport and its practitioners to also continue to constantly develop.

It is a powerful sense of accomplishment, to realize that you can keep yourself safe when under attack, even by a larger, stronger opponent. This is one reason I think that BJJ can be such a powerful healing experience for many women, including those who have experienced trauma. The physical experiences of BJJ, the confidence and the ability to act to protect oneself, can increase anyone’s feeling of personal safety. Further, such experiences may help some people to rewrite their body’s reactions to situations. BJJ can help them in acclimating to physical situations uncomfortably reminiscent of trauma, and learning ways to find safety and security, even in the midst of physical confrontation. 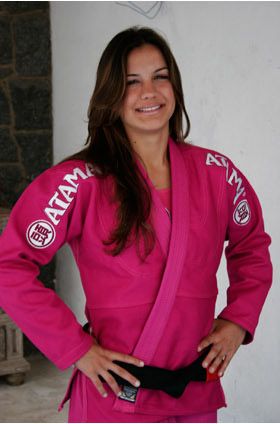 Kyra Gracie is one of many women who have embraced BJJ

Source: By self-made (my files) [GFDL (http://www.gnu.org/copyleft/fdl.html) or CC-BY-SA-3.0 (http://creativecommons.org/licenses/by-sa/

There are few places in life these days, where one on one, body against body, physical competition is endorsed and readily available. There are even fewer like BJJ, where best friends can compete aggressively in one moment, then step off the mat and celebrate each other’s accomplishments. BJJ has become an intense, tightly-knit, strongly supported community. The Internet and Facebookare filled with BJJ-related memes, celebrating the unique, insider experiences that bring these athletes together, and separate them from others. BJJ gyms are popping up around the world. I know, from experience, that I can walk into any of them, and be welcomed. I’ve trained in schools across the United States, and on far sides of the world, and have received warm acceptance in every one of them. This intense sense of community, family, and connectedness is one of the aspects of BJJ which cannot be ignored, fueling people’s excitement and interest in the sport.

It remains to be seen whether BJJ will maintain its status and dedication amongst its students, or whether this is a fad. I suspect that as long as BJJ continues to evolve, continues to offer novelty, new challenges and new growth, that the sport will continue to draw new students and retain its influential position. It is the dynamic nature of the sport which is so psychologically compelling, and which offers students so much room for personal development.