I consider myself a fairly strong person. I’ve trained with broken appendages. I don’t (usually) cheat on the last few burpees during warm-ups. I’ve calmly controlled my breath for entire rounds with my face buried in the gi folds of sweaty, 200lb white belts that have decided to “work on their pressure” until the bell sounds.

Yet, yesterday, I almost surrendered. I was almost defeated by an opponent that has never set foot on the mat: the general public. That’s right, all of you.

I am writing this open letter to you because I can’t in good conscience punch you in the face. 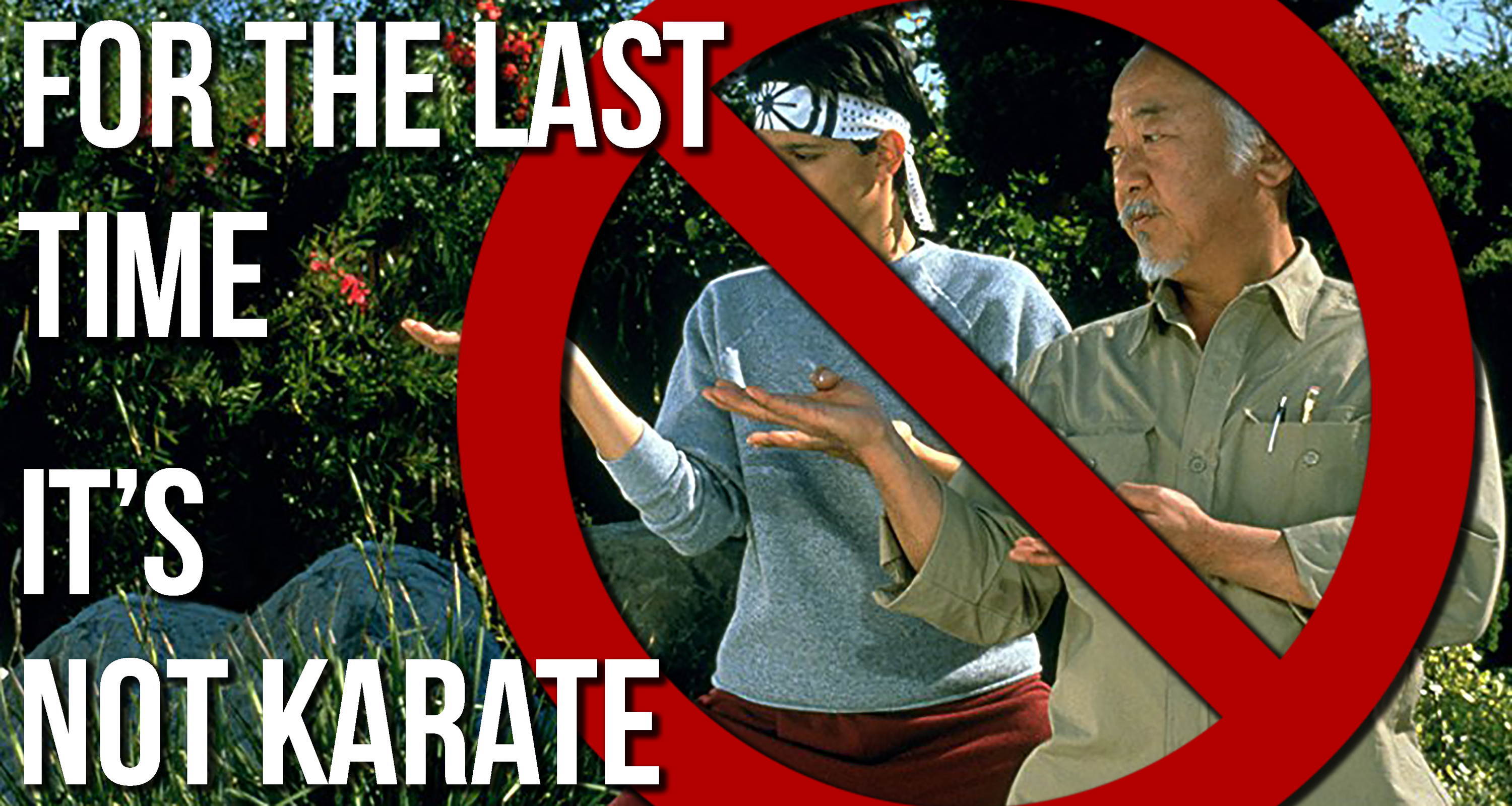 Dear Medium Roast: I am not going to fight you

It all started on the fateful day when you appeared in the break room, coffee cup poised in the small talk position, and sidled in toward me like you had some grand secret.

“So,” your coffee breath says, “I heard you do that thing.”

You put your mug down and clench your fists, as if to grip invisible hand pedals and rotate them in front of your face like a T-Rex trying desperately to keep a kite in the air.

I know that I don’t do whatever that is, and I’m pretty sure you just insulted a bullfighter in sign language. So I ask. "Which thing?"

“You do the Karate thing, right?”

I smile at this common mistake, and I start describing Brazilian Jiu-Jitsu, careful not to use its acronym because it tends to cause even reserved adults to become distracted by the middle-school joke potential created by discounting one of the ‘J’s. Don’t worry; I’ll get to all of you next.

I describe my passion - the art of leverage, the methods that allow smaller people to escape a larger opponent, the use of control that can allow one to safely escape an attacker without causing damage, or, if so inclined, rip their damn limbs off.

I think this is a pretty interesting story compared to your usual commentary on the fact that it is cold today and will still be cold this weekend because its winter and we’ve determined that it gets cold during winter for many centuries now.

Still, I see your eyes glaze over as you contemplate if you’re wasting the zone of optimal coffee temperature on this conversation.

By way of exit, you raise your hands in surrender and utter the phrase that I will hear from you every time we play chicken in the hallway or you happen to get the last good creamer in the communal tin: “Well, just don’t hurt me, ok? Heh.”

Oh, yeah, thanks for asking nicely, I was just going to get my bo staff and knock over a table at you as an official challenge to a street duel to defend my right to the .5oz sealed cup of Irish Cream. I’m not going to hurt you. I don’t need to hurt you, Captain “I’ll have another donut as long as everyone else has had one,” you’re doing quite the bang up job of hurting yourself.

I’m not a sleeper cell for the ancient god of war waiting to be triggered awake by an innocent bystander’s question about self-defense training. I repeat this point for those who respond on the opposite spectrum of flight, “Oh, so you think you can kick my ass?” First of all, I know I can, but that’s not the point. Secondly, please lower your voice before you get us both banned from the only good smoothie place in this zip code. Moving on.

Dear everyone who hears ‘BJJ’ for the first time: We know what it sounds like.

Let’s really analyze the ritual you started a few weeks ago. The one where we lock eyes in the hallway as I leave with my gear bag and you attempt to exchange a knowing look, as if I am about to enter a phone booth to change into a cape and you are the only one who is aware of my alter ego.

Then. Then you raise your arms, elbows bent at 90 degrees, press your fingers together, and wave them wildly through the air, in a move that only happens in The Karate Kid, assuming you play it backwards at 2x speed while listening to Pink Floyd.

How did you come to the conclusion that this butchered stereotype of my next activity is an ok farewell? Do you see your mom off to Zumba class by mock signing well-overdue divorce papers (yeah, we all know)? Do you bid adieu to your mechanic by pantomiming taking apart an engine to fix the leak in your cooling system? No, you wouldn’t even know where to start those motions because YOU’VE NEVER DONE THAT THING.

Remember when you asked me if I was a black belt? I respond that I’m not, and that, in fact, it can take a decade plus to become a jiu-jitsu black belt.

You interrupt right in the middle of my “something to hold up your pants” bit.

You stare at me, no longer in fear that I may hurt you because you’re fairly certain your niece could fuck me up. After all, she broke three boards for her test. If the 2x4 section of Home Depot ever becomes sentient and launches an attack on humanity, she’ll be the first one I call.

BJJ (stop chuckling) is an art known for awarding rank based on ability, maturity, and knowledge. A student of BJJ will experience only three belt promotions between white and black belt, and most will quit long before they reach the fourth.

Sure, it’s a bit embarrassing to have to announce to an attacker that you aren’t a black belt, as is customary to do before a mugging, but that just makes us try extra hard to actually learn how to fight. The feeling of truly earning your next rank based on dedication, merit, and overcoming obstacles is an honor that can’t be bought. Shut up, I’m not crying, you’re crying.

“You still doing that Karate?”

Yeah, I can tell you’ve watched at least one Netflix special on said subject, because you pronounce it Ka-LattEHHH. You know, I say, JIU-JITSU is great. You should come try it, it’s great for self-defense and it’s an awesome workout.

Here is where I get a detailed medical history of every time you’ve tweaked a joint, had heartburn, perspired while making a sandwich, or couldn’t even get up the stairs without breathing loudly because we’re all getting old AMIRIGHT HAHA.

You know who else had trouble getting up the stairs? the founder of Brazilian Jiu-Jitsu. He specifically adapted martial arts for the runt of the litter. This isn’t a Rocky montage; we do half of our workout lying down. Hell, sometimes we even help each other take spontaneous naps. Come try the technique of the weak, you’ll love it!

This brings us to the events of yesterday, and the reason for this letter.

I walked in yesterday morning. You came up and gave me the ol’ friendly slap on the shoulder, because you’re best buds with the office ninja.

That’s when it happened, the moment of weakness.

You walk away smiling, sipping coffee at its optimal temperature, finally satisfied with the length of our morning discussion.

I then realized what I had done. I had just emotionally tapped during a verbal round in street clothes. I went to gather my belt and mouth guard and turn them in at the steps of the academy, having betrayed the art practiced inside its walls.

I stared at my non-black belt, thinking about how many times it had draped over a training partner’s face during deeply personal double-under passes, and my heart grew. If I give up, I don’t just give up on myself. I give up on all of my training partners. Learning BJJ is a group effort. Every time we show up to fight, we make our training partners stronger. Sure, we may have bad days and we may tap out, but we still showed up.

I do BJJ. I do it multiple times a week. I do it to my training partners, and I do it to strangers. I’m not a crazed killing machine. I’m not going to “show you a move.” I don’t wax on wax off…not in the training sense…no, you know, that’s none of your business.

And for the last time, I don’t do Karate. 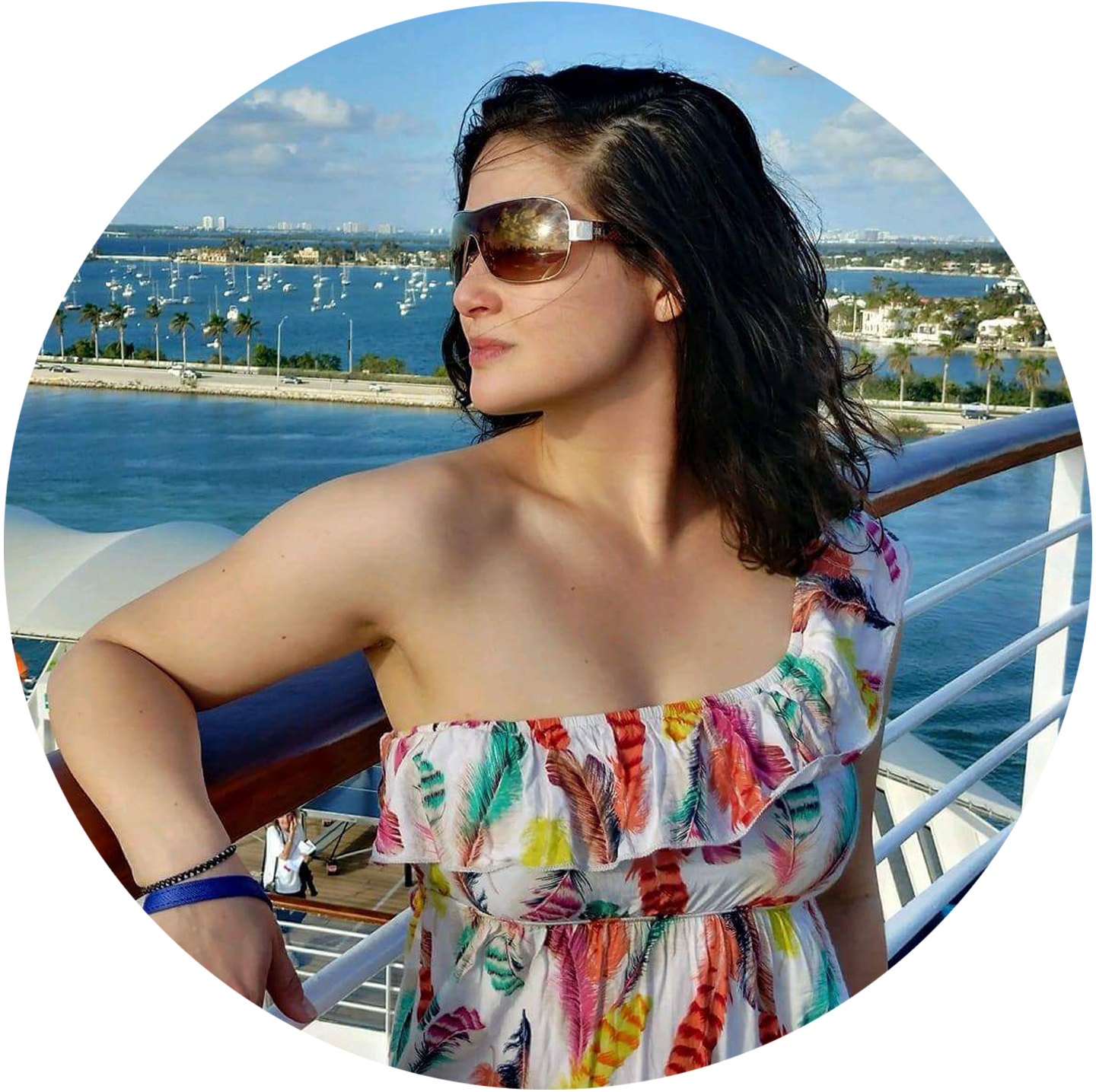 I'm Gwen and I like to write pieces that make people laugh, especially at themselves. I enjoy using stories to open people to new perspectives, expose the truth, and challenge the norm.

My closest friendships were developed on the mat, through countless hours of simulating limb destruction. I'm thrilled to expand my martial arts family by contributing to BJJ Problems. I hope to contribute problems and solutions equally.

Favorite Martial Arts Quote:
" Everyone has a plan until they get punched in the face." - Mike Tyson